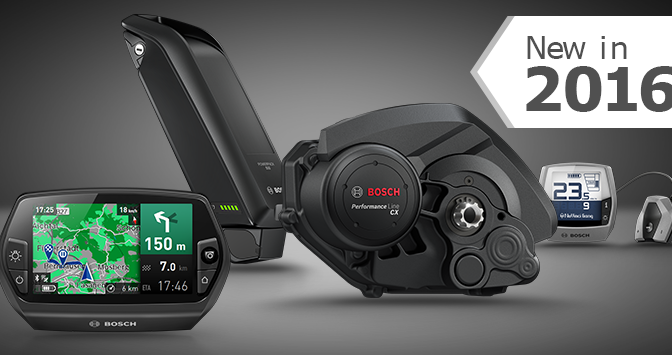 Some Bosch ebikes will mount a new motor (known as the Performance Line CX) and a new, 500Wh battery in 2016. There are also other news. Here you can find all the details.

Bosch has always presented its new systems at the biggest bike show in Europe, Eurobike, in Friederischafen. This year they wanted to reveal their news in advance, and to have their own space. This is yet another sign of the fact that bike fairs are losing their relevance in an “hyper-connected” world like the one we live in today.

Before we go into details about the new Bosch ebikes, this is a brief introduction to understand the context in which they’re positioned.

Bosch’s role as a company has been vital in the launch of modern-era ebikes, presenting them as trustworthy vehicles to consumers. There are quite a few reasons why Bosch has contributed to the ebike phenomenon: the brand was already known to the public, the quality of Bosch’s motors is renowned, they’ve always been careful in choosing commercial partners and very attentive about post-sale assistance. Competitors have been forced to level up the quality of their systems too.
Bosch is so renowned in the ebike market now that people walk into the shops and ask for a “Bosch ebike”, ignoring the fact that Bosch only supplies certain components to ebike producers (like the motor, battery and others).

Bosch has been quite surprised by the electric mountain bikes phenomenon over the last couple of years.
Bosch ebike motors have been designed for an urban and touristic use. They adapt to the offroad use quite well, and in fact many e-bikers use them and are satisfied with them. However, Yamaha’s motors have proved to be better for electric MTBs, for two main reasons: a higher torque (that allows for better uphill acceleration even at low speed) and the possibility to use a double chainring (therefore increasing the gear range and allowing the cyclist to pedal on extreme uphill slopes, like the ones you often run into when offroad). 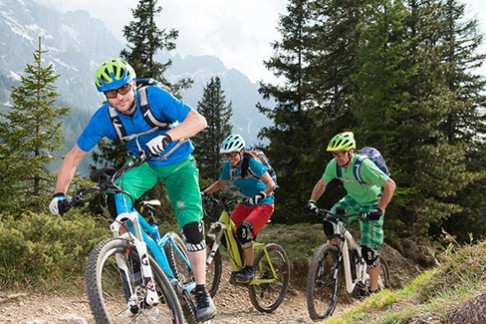 Bosch’s interest for the  urban and cycle-tourism fields has been confirmed in 2015, when the major news were the electronic and automatic gear shifting systems, designed and produced in collaboration with Sram, Shimano and Nuvinci (read our in-depth analysis about 2015 Bosch’s systems here).
These gear shifting systems are useful in the city, where you need a simple and fast gear shifting system to go from one place to another (using the right gear is vital to let the motor work efficiently).
On the contrary, people who consider cycling as a sport, like electric mountain bike enthusiasts, usually prefer traditional gear shifting systems. The derailleur allows for the best precision in managing the shift, without being dependent upon automatic algorithms that may not be suitable for offroad cycling.

The big challenge for Bosch in 2016 was to gain traction in the e-mtb market, offering a more suitable motor. This is exactly what happened. Bosch’s double chainring motors are not available yet (despite the fact that the company registered some patents over the last few months) but… let’s see what they announced a few days ago. 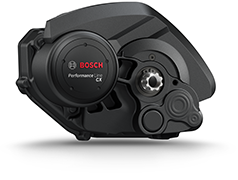 The new motor presented by Bosch is an evolution (even in the name) of the Performance Line from last year. The new Performance Line CX has 75Nm of maximum torque. The Yamaha motor has 70Nm of maximum torque, while  Bosch’s motor from last year only got to 60Nm. The new motor has a very strong push when accelerating, even at low speed and uphill. Bosch’s marketing department talks about a “Direct Flow” to highlight the fact that the motor should offer a push perceivable even with a pedaling cadence of 20 rpm.

The production of Active Line and Performance Line motors will continue without changes.

Bosch ebikes have often been criticized for the battery capacity. Bosch supplied 300Wh or 400Wh batteries. Again, these numbers are enough for urban use or for cycle-tourism, but for e-mtb cyclists a higher capacity is needed (because of the energy usage on steep slopes). Covering a higher uphill section means more fun when you come down.

Bosch has presented a new 500Wh battery, a 25% increase from last year’s Power Pack 400. The weight has only increased by 100 grams and it’s 2,6 kg now (190Wh/Kg). The new battery has the same shape of the Active Line and Performance Line batteries from last year (it’s different from Classic+ batteries though). The battery seems to be made of 40 cells, each one with a 3400 mAh capacity. When the battery is completely drained, it can be charged in 4,5 hours. This model, like last year’s, can be installed on the down tube or on the back rack of a Bosch ebike (the first solution is clearly the best for sport use). The Power Pack 500’s price should be around €800. It’s quite expensive, but all the cells are checked one by one – only the best ones are used to make the battery.

The on-board computer Nyon has been updated too. These updates will be the first to be available to the general public with the next firmware update expected over the next few months. There will now be the ability to include up to 10 stops in a route and a new optimised route calculating system for electric mountain bikes (even if this will depend from the availability of maps that include off-road paths). For other minor updates you can check the Bosch ebike updates page linked at the end of this article. 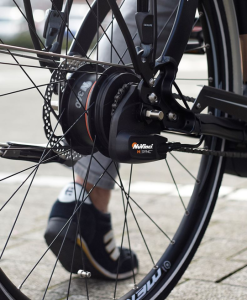 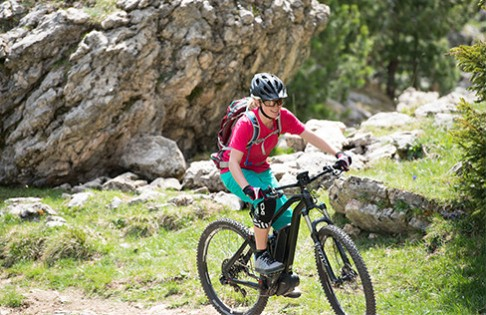 These news concerning Bosch ebikes are certainly very interesting, especially for e-mountainbikes enthusiasts. The main issue will be the actual availability of these new components. Producers have been caught unprepared by the large demand; there have been a lot of delays in delivering these Bosch ebikes in the past.